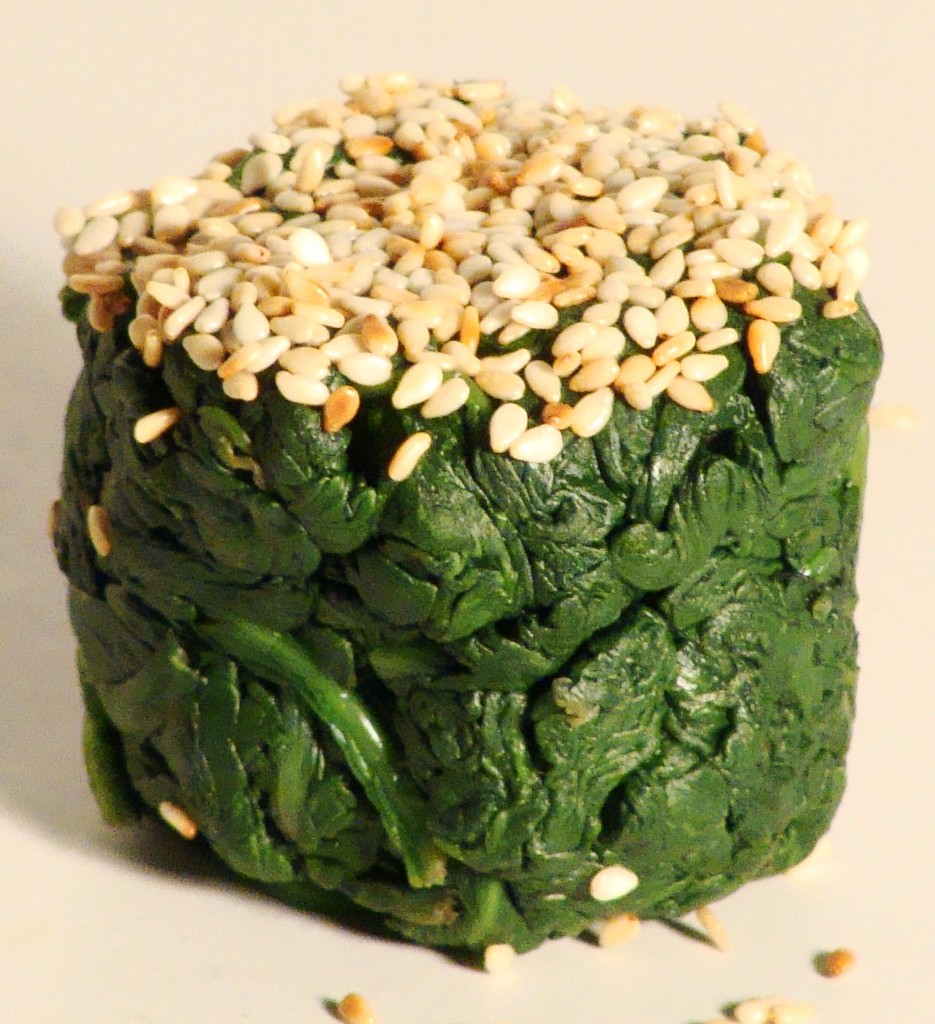 Spinach is one of those veggies I think, that you either love or hate.  When we were kids we would never eat the stuff.  It came out of a can and was the most awful  green color you have ever seen.  Of course Popeye ate it straight from the can.  Do you remember the Popeye cartoons?   His spinach eating implied that it made him big and strong with bulging muscles, a super hero.  Truthfully spinach does contain a plethora of valuable vitamins and minerals as well as 6 mg of iron.   Parents still could not get their kids to eat that stuff and I I don’t believe I ever saw fresh spinach in those days.

This is a simple, few ingredient delicacy.   Some fresh spinach blanched for 15 seconds, run it under water to cool and then steeped in a tamari sauce.  The sauce is then squeezed out and the spinach formed into a log, sliced and topped with toasted sesame seeds.

The real draw back for this recipe is that I used an entire bag (9 oz) of fresh spinach and only got two treats.  You could cut them a bit smaller but the actual size is only 1 1/2 inches across and 1 1/2 inches tall.

2 tablespoons tamari or other soy sauce

Blanch the spinach in boiling water for 15 seconds.  Drain and run under cold water,  Squeeze out the excess water and place ina bowl.  Mix the tamari with the water and pour over the spinach, allow to marinate for about 20 minutes.  Meanwhile toast the sesames to a golden brown.  Drain the spinach reserving the marinate to use as a dipping sauce.  Roll the spinach into a log shape, cut and dip the top of the each spinach round into the sesame seeds.

Eat your greens and Enjoy!